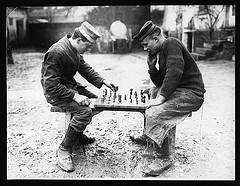 I was approached by a major publisher last week to write a book. Flattered, I asked what they had in mind. I figured they had a series of books that had a hole my expertise could fill.

Their reply? A generic book proposal form. “Here, think of something that you’re getting asked alot. Or something you want to write about. Then fill this out and we’ll see if we’ll work with you.”

Thanks but no thanks.

I’ve written seven books now, two with publishers and 5 self published. It used to be that publishers had the access to readers. It was like that in every area of media:

Now that has totally changed. Authors can reach readers for free through blogs. DJs through podcasts. TV personalities through YouTube. Not only reach them, but grow a base of fans.

This shift has been going on for a while now. Since before I started blogging in the late 1990s. But it’s even more prevalent now.

Still a role for the “legacy” systems

There’s plenty of room for all of us in this game. One very important role for publishers, radio stations, and TV stations is filtering. Some call it “curating.”

Just because anyone can create content doesn’t mean all the content is great. Publishers and others can respond to the shift by focusing on credibility and trustworthiness.

To the content creator, they can emphasize the credibility they provide. Sometimes that is internal. It’s great to know I’ve been published by a publishing house. That makes me feel more “legit.” And there is still the external credibility, that to readers, of having a publisher’s name on your book. That is the trustworthiness. Legacy systems could say, “You don’t need to sift through the chaos of information out there. We’re saving you time by doing that for you and bringing you only the best.”

But I’m not seeing that shift yet. Instead, I’m seeing legacy systems trying hard to make what worked last century work today. And being surprised to find that it no longer works.

It used to be that they held the upper hand. It seems to me that we’re now closer to being peers. But I wonder how the legacy systems will adjust to realize they now need to market to both the content consumers and the content creators.

Much is about marketing

I wonder if that is the key. If much of the shift in balance has to do with marketing rather with access. Access alone isn’t enough. We all have access to each other. But only those who market well get heard.

If the legacy systems like publishers were good at marketing, then going through them would be a no-brainer. Unfortunately, they’re not. A couple years ago, I was excited to write a book with a publisher because I wanted to learn how to launch the book. I knew there had to be a system for marketing books and I wanted to find it.

I did work with three rounds of editors. That was an important process for me to experience as an author. But the “launch” never happened. Rather than having a marketing system, they seemed to be making it up as they went along. All that access I thought they had? They appeared to think I’d had it all along and were looking for me to give them access to my audience. Worse, I don’t own the content I created with them and they won’t even send me copies of my book despite repeated promises. (Copies I’d be charged for.)

Still room for a mix

I still believe there room for a mix of legacy systems and whatever we call the new reality. Micro-publishers? Content creators? Free range publishers?

But it needs to start with us playing the game more as equals. What about you? Have you found legacy systems that realize the shift of balance has changed?

What’s on YOUR bedside table?