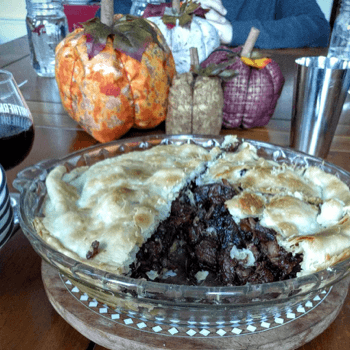 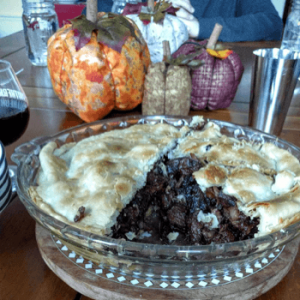 Our first meat pie in our new house called for a new recipe. So in addition to all the meat pie recipes I’ve done in the past, I incorporated parts of an Irish Stout Pie and BBC’s Proper beef, ale, & mushroom pie.

Here’s what I did!

The Pitman Imperial Stout Meat Pie is definitely a great pie. I liked the mushroom mix I picked up at the new Lowe’s grocery store near us. It included shiitake and oyster mushrooms. Next time I will probably sprinkle on cheddar cheese before putting the second crust on top.

Yes, there will definitely be a next time!